People communicate with their imagination

Through his work, Mr. Ishiguro has proven that the human figure has certain roles in communication. Sometimes androids seem more "human" than real people. People perceive themselves and each other using their "imagination" instead of knowledge. Based on these two findings, he experiments communication using a "minimally humanlike design" which leaves room for imagination, and discovers the development of communication realized through such a method. Mr. Ishiguro's challenge to investigate the truth of humanity goes on. 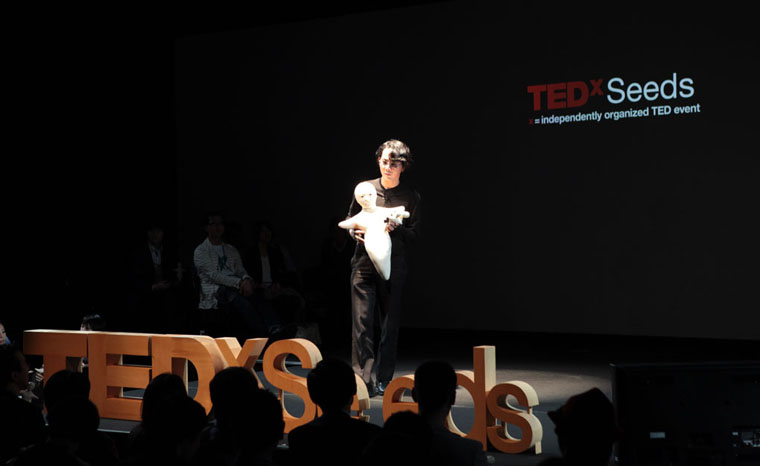