Between the measurable and immeasurable

In his talk, Mr. Fujino lets his latest device, "Instruments, Ghost Play,"give its first public performance. The device, programmed to faithfully reproduce a separate violin performance by Fujino himself, is being developed based on thorough analysis of human performances. Fujino compares it with Stellar Window, his earlier product which displays the starry sky using positional data of a few hundred million stars; while every distant star can be measured and described as data, human performances have an immeasurable aspect. Fujino's challenge continues as he seeks to "measure all that is measurable" in order to close in on the things that are not. 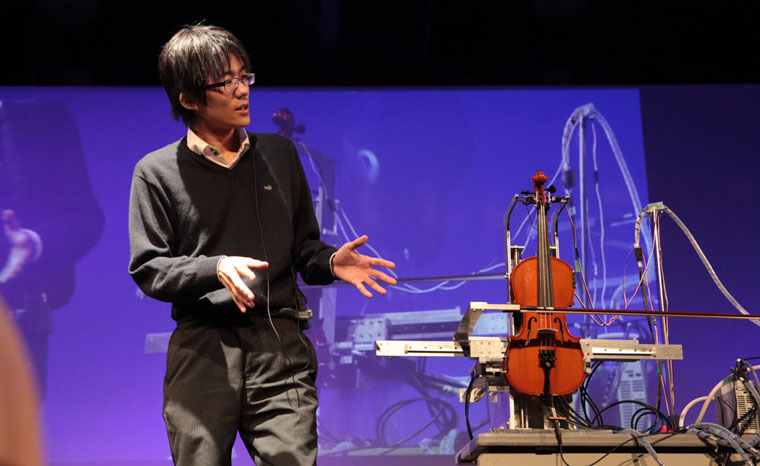