Born in 1962. He was suspended from high school when he was 16 and he accomlished to go around the world by his bycicle. He passed high school equivalence test and entered one of the outrageous schools in Japan called International Christian University and majored in Liberal Arts. He established SEINENDAN while he was in the university. He propound "The Theory of Modern Spoken Drama" and impacted the Japanese drama sector in 90s. In 1995, his work "Tokyo Note" received 39th Kishida Kuniji opera award, later on in 2003, "Sonno Kawa wo Koete" won 2nd The Asahi Performing Arts award grand prix. In 2002, his literary work "GEIJYUTURIKKOKURON" also won 7th AICT award, in 2006, Montblanc international cultural award. The work was staged all around the world, mainly in France. His own way of holding workshops is recognized and put in textbooks for elementary schools and more than 300,000 kids are learning acting in schools after 2002. In 2008, he announced to hold a robots drama called "HATARAKU-WATASHI" and in 2010, he held android version of "SAYOUNARA" with Dr.Ishiguro(see Dr.Hiroshi Ishiguro's profile). Currently he is a professor at SHIKOKU GAKUIN University and OOSAKA University communication design center. 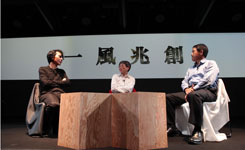 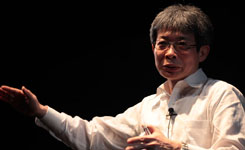 What are “Humanlike” actions?